Posted on April 1, 2015 by SaltSpringSprout

I know I’m posting this on April Fool’s Day but this is not a joke. See? 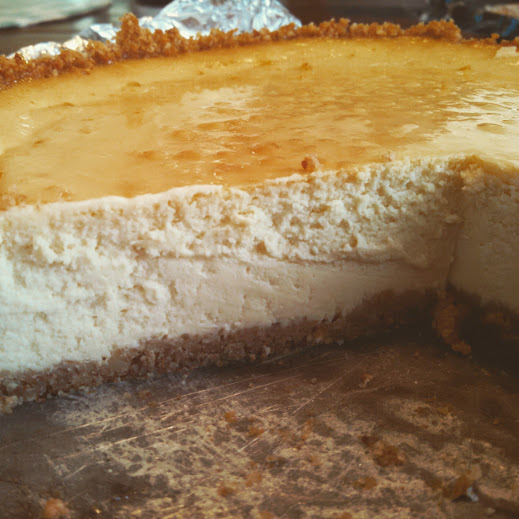 The cheesecake doesn’t use any cream cheese. It’s still silky and luscious. And no, it doesn’t taste GOATY!

But let’s take a few steps back and talk about the cheese first. I have tried mozzarella a few times but have not been very successful so far. You can read about that at Spring and Cheese and Third Time’s A Charm, if you’d like.

This milking season I’ve decided to start out with a simpler cheese. I found a great tutorial/recipe here in the recipe section at the Cheesemaker’s website for Chèvre or Fromage Blanc.

It requires you to have a mesophilic starter culture and rennet. I still have these supplies from last year and they worked just fine. I purchased this rennet and this mesophyllic starter culture  from Hoegger Supply. They sell everything goat related that you can think of and I’ve ordered quite a few times from them and have always been happy. (And no, I’m not being paid to say it.)

The recipe for Chèvre also says you can use cheese moulds or a fine mesh draining bag. I used both and liked the result from the draining bag better. I made my own out of fine muslin by simply sewing a drawstring bag that would fit over a large stockpot that I have.

I didn’t have a plan to use the Chèvre in a cheesecake but the idea started percolating in the back of my mind when I saw the texture of the cheese once it was done draining. So, when my husband said it was time to dig trenches and put our overhead electrical service underground for our pumps, I told him I was planning on making a cheesecake and wouldn’t he like me to do that instead? I definitely played my cards right because I’ve been on a baking strike since December. I have not made any sweets except for one birthday cake. He agreed and said the boys and he would dig and he didn’t desperately need my help until the next day.

I don’t know if you’ve ever made cheesecake but I find it a very simple thing to whip up. The hard part for me is in the baking. This time I tried the method provided in the recipe from CrunchyCreamySweet.com. It worked perfectly. (I’m having technical difficulties with her website and can’t seem to get her link to load for the actual recipe to share with you right now. I’ll post the link as soon as I can.)

So, here’s my recipe using the goat’s milk Chèvre instead of cream cheese and at the end I’ll provide the directions I used from CrunchyCreamySweet.com.

Side Note:  I used 3/4 cup of sugar instead of the 1 cup it called for and planned on drizzling some maple syrup over it (so I could reduce the sugar somewhat). It worked well and next time I want to try omitting the sugar entirely. 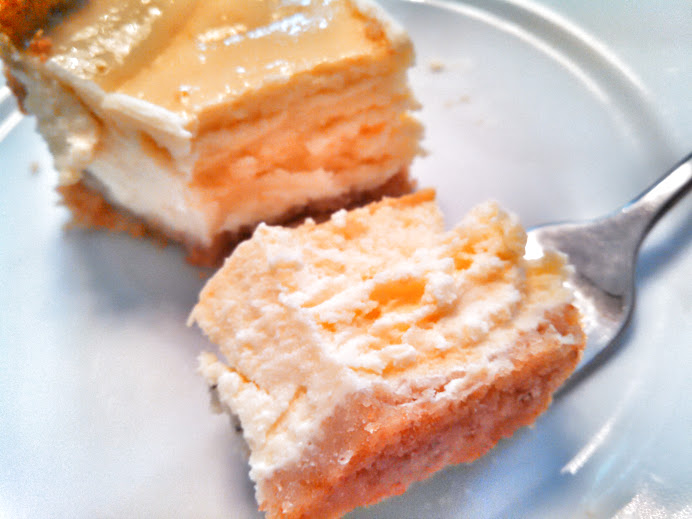 This entry was posted in Happenings. Bookmark the permalink.